The Ultimate Guide to New Year’s Eve In Philadelphia [2020] 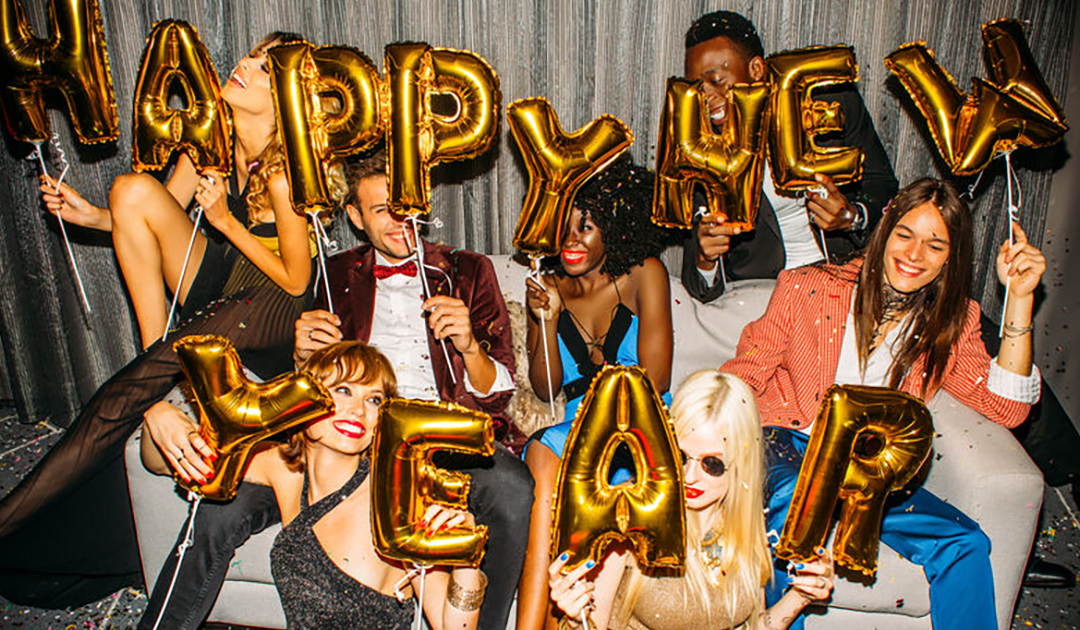 Haven’t figured out your 2020 New Year’s Eve plans yet? You should decide fast, as your options may be limited if you wait too long.

Need some advice on where to go and when to buy?

This comprehensive guide will give you all the info you need to plan the best New Year’s Eve for you and your friends.

Where to Celebrate NYE 2020 in Philadelphia

Open Bars are a staple of holiday celebrations in cities all over the world and for good reason. You pre-pay for your ticket and don’t have to worry about the bill at the end, bars and clubs tend to book better talent/DJs, people get dressed up and are generally in a more festive mood. Philadelphia has no lack of open bar options. From fancy options like Crystal Tea Room to your local neighborhood bar. 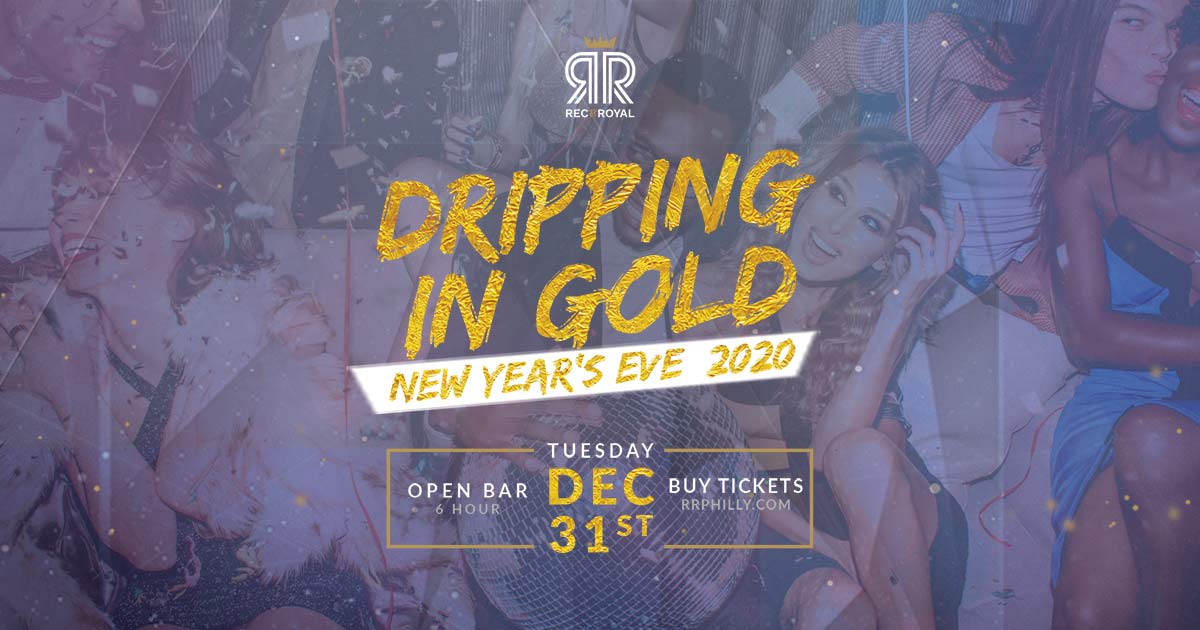 Rec & Royal provides two unique experiences in an artfully crafted venue. One side is fun and games with arcades and karaoke rooms. The other is a cutting edge boutique nightclub where you can party the night away.

Dripping In Gold is one of Philly’s best New Year’s Eve Parties with multiple options for everyone.

At the Crystal Tea Room, celebrate the new year at a lavish party with an open bar, complimentary favors, carving stations and entertainment that includes body painting and hoop dancing. 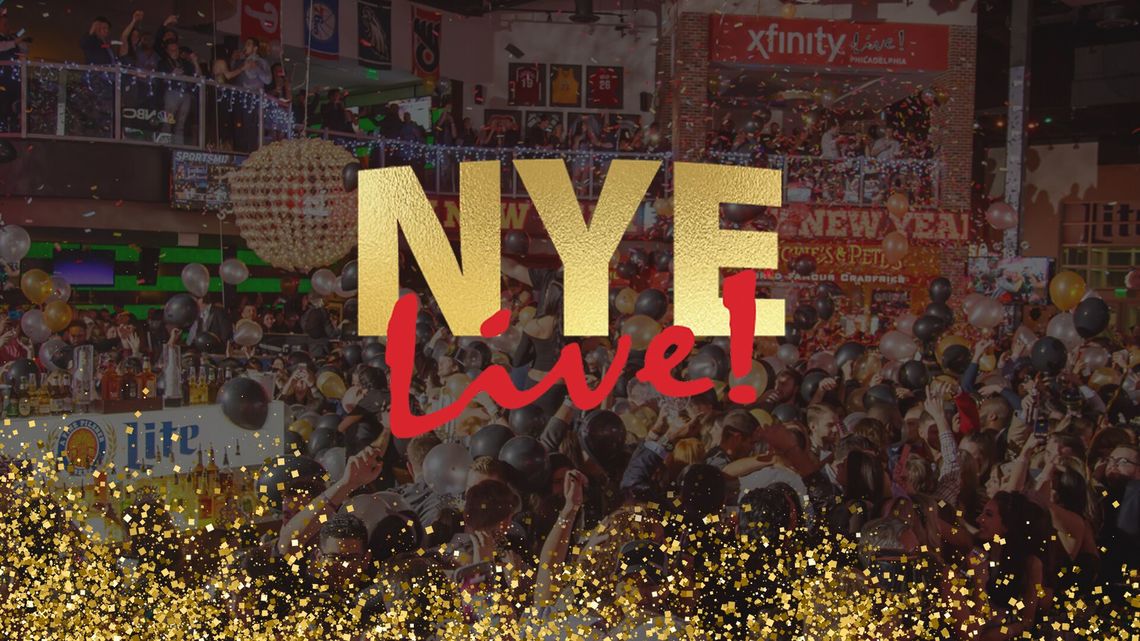 Split Decision and other bands will perform. You’ll have access to each of the venues including NBC Sports Arena, PBR: A Coors Banquet Bar, 1100 Social, Broad Street Bullies Pub, and Victory Beer Hall. 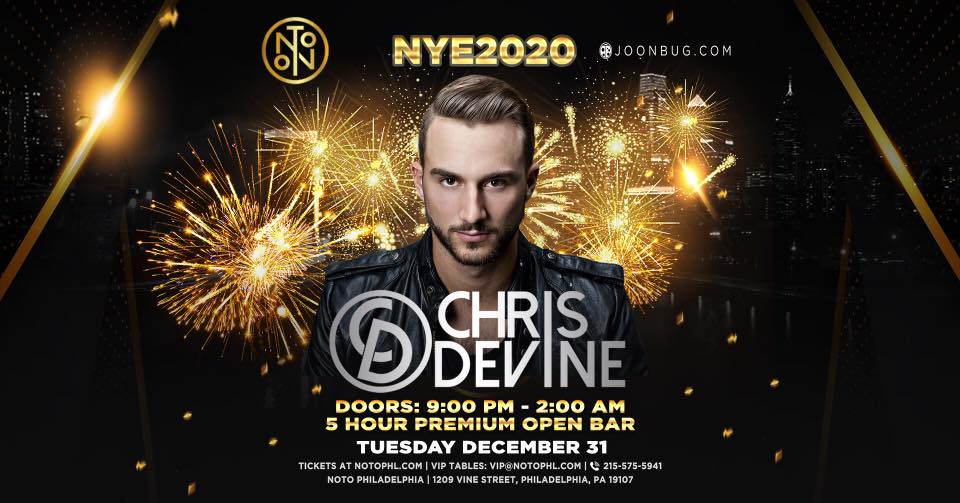 Come indulge in the five-hour premium open bar and quench your thirst with NOTO’s delicious cocktails. Fuel up in the early evening with complimentary lite fare before you bust a move on the dance floor, where DJ Mr. Hollywood will be spinning the best Top 40, dance and hip hop beats all night long.

*Sorry no food is served. 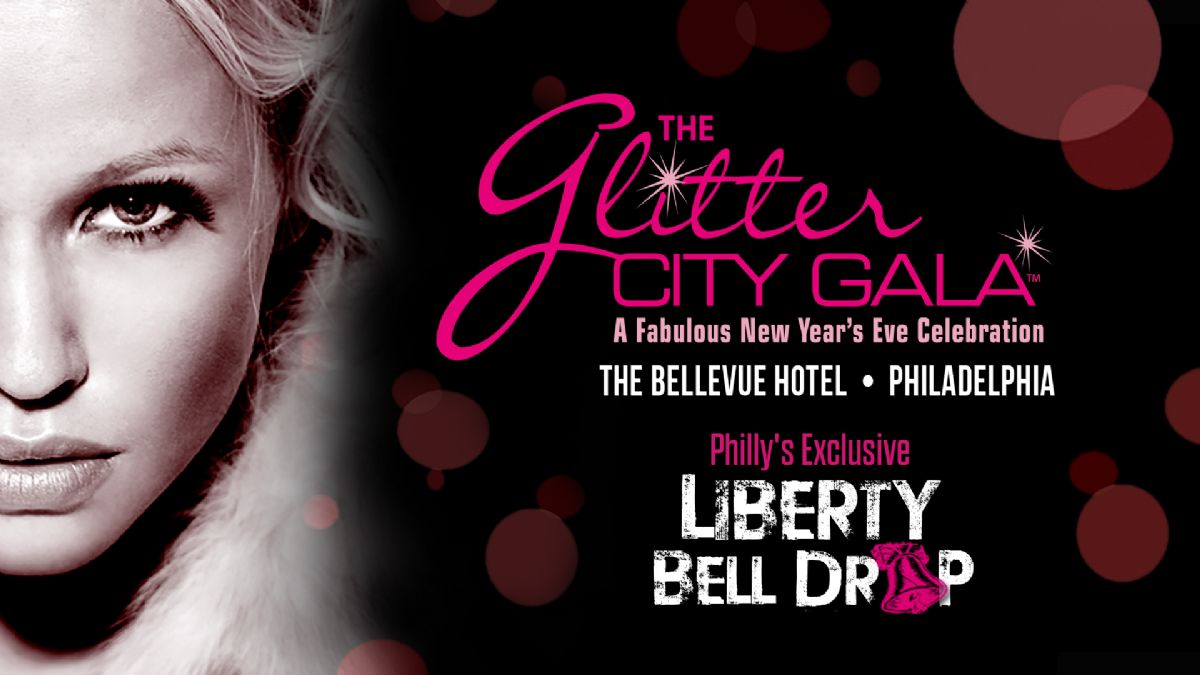 With up to 1500+ people the Glitter City Gala is one of the largest New Year’s Eve celebrations. With tons of bars and bartenders, complimentary soft drinks, and a “to go” table with Philly soft pretzels & water, the hottest crowd, Philly’s best DJs (DJ Sojo and DJ Joe Broscoe), professional photographers and videographers. Also, enjoy: 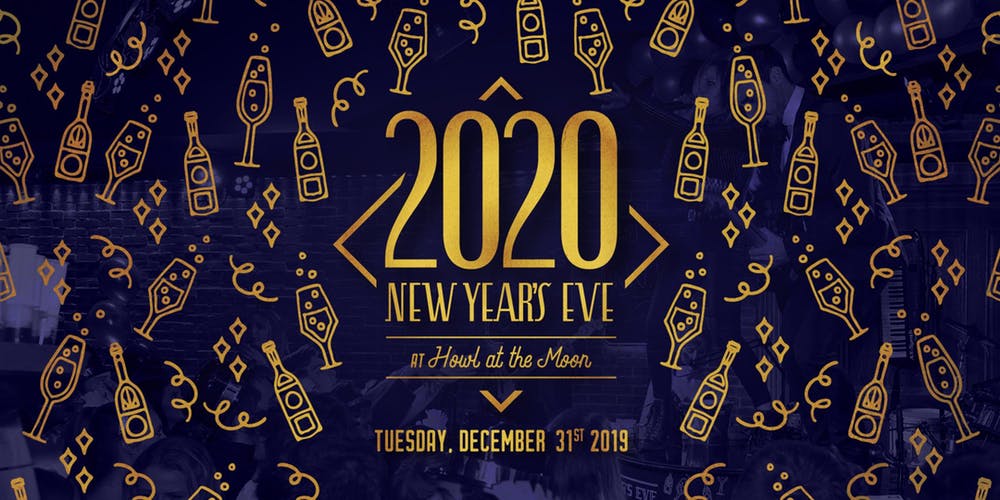 Howl at the Moon

Howl at the Moon is the total entertainment experience. Our high-energy live music show is centered around dance hits and party anthems that will get you dancing in no time.

Tickets to New Year’s Eve at Howl at the Moon includes: 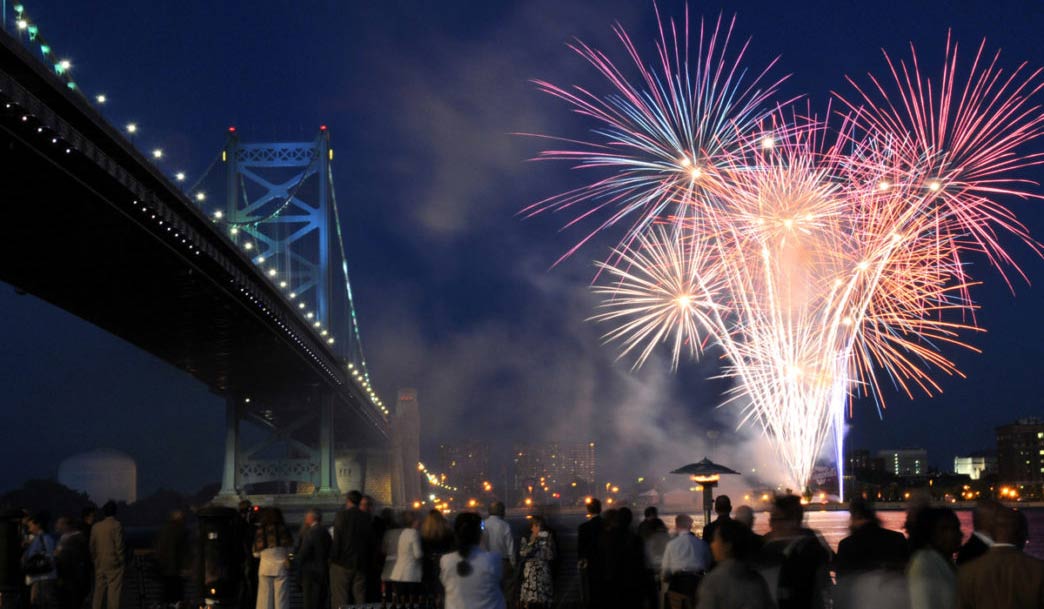 Every year, Philadelphia rings in the New Year twice during the SugarHouse Casino New Year’s Eve Fireworks on the Waterfront.

Going out to dinner on the last day of the year can be the night’s main event, or can be something fun to do before heading to a party. Many restaurants offer special menus for a set price and complimentary Champagne at midnight. Rittenhouse is a great area for this. With tons of restaurants and nightlife options. You can hit one of the following restaurants and then visit Philadelphia’s newest nightlife destination Rec & Royal. 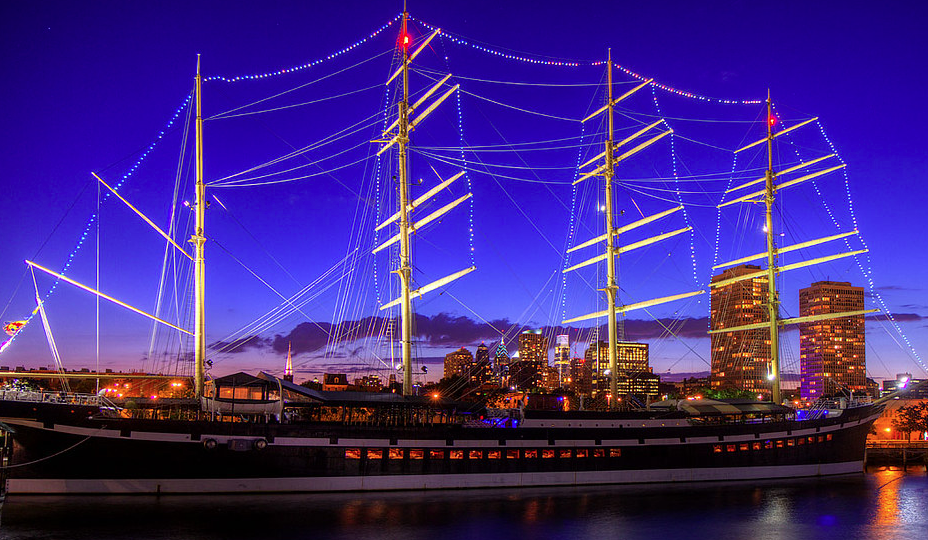 Enjoy a Four Course Menu with several options to choose from including Moshulu favorites and seasonally inspired dishes from 3:30 – 10 PM. Music provided by a pianist and Jazz Trio.

Tickets are $150 per person plus tax and gratuity when purchasing in advance. Beverages are not included. $35 for Children 2-14 for a three-course Children’s menu. Enjoy the view on the Deck for Fireworks on the Delaware River at 6 PM and midnight. 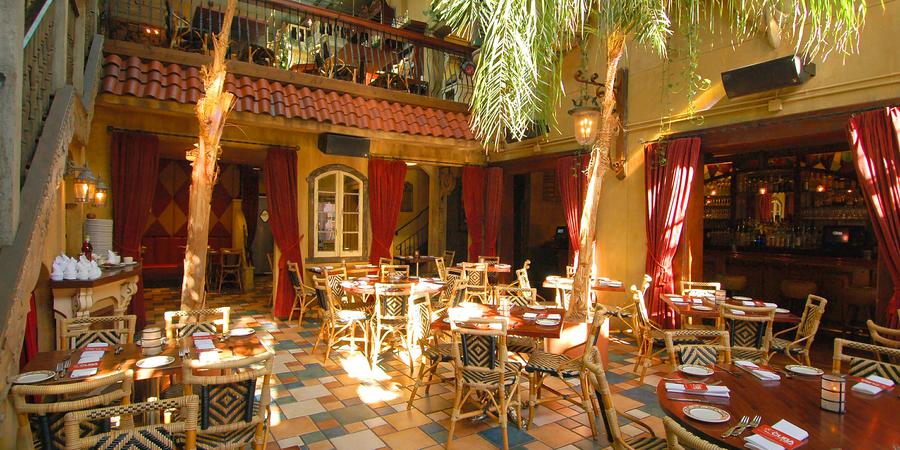 For $110 Enjoy a five-course fixed-price dinner and more. Including:

They sell out every year – so make your reservation soon 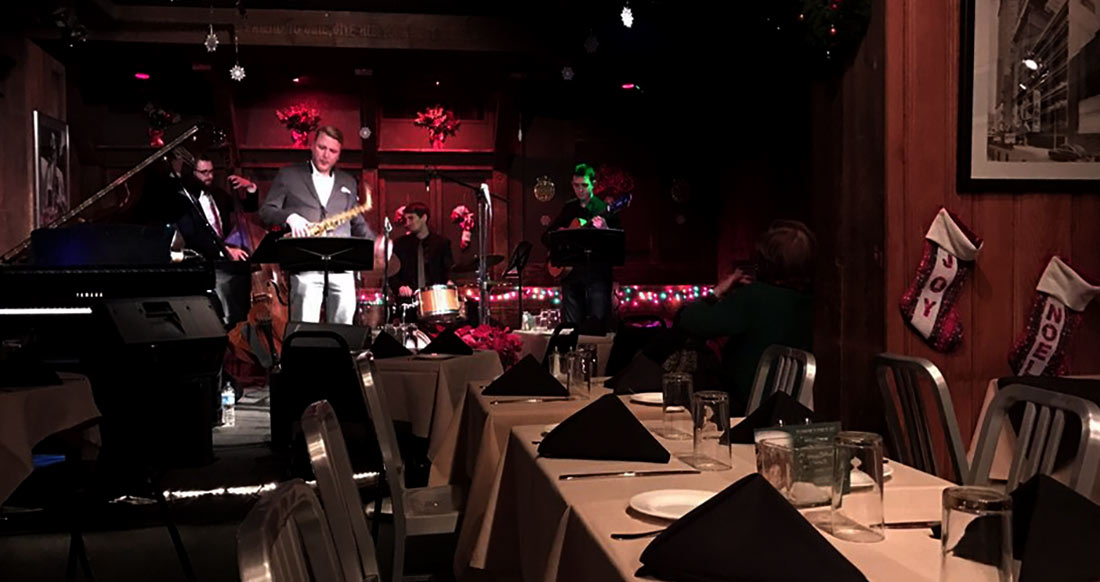 Chris’ Jazz Cafe produces over 500 live shows a year. They are a full-service venue open to all ages for most shows.

Chelsea Reed returns to Chris’ with her big band on December 31st to close out the year with a night of swing. They perform 3 showtimes: 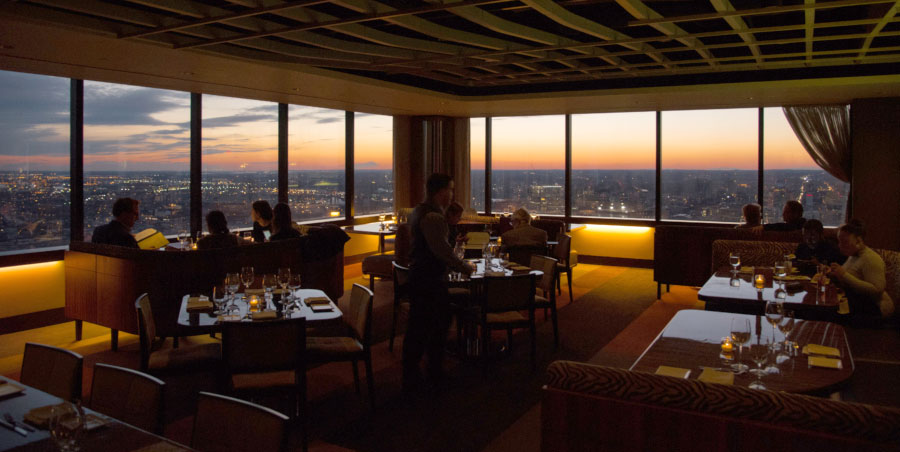 Take in the Philadelphia skyline as you enjoy your meal.

R2L offers three seating with various options. Prices range from $75 – $125 based on time and location.

Window seating is very limited, so make sure you reserve soon. 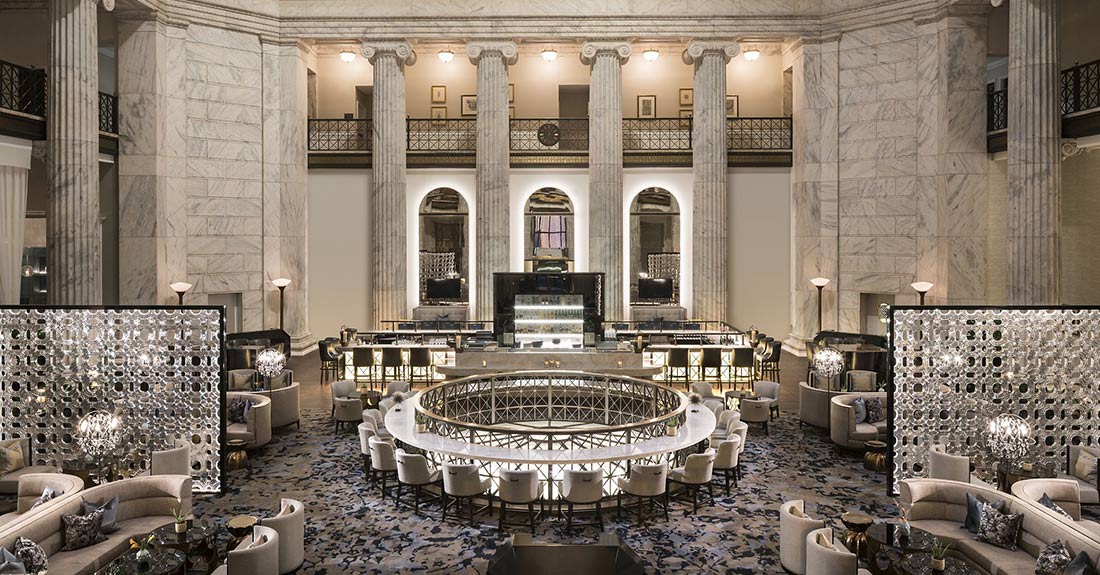 Welcome in the new year in luxury at Aqimero at The Ritz-Carlton, Philadelphia. The party includes: 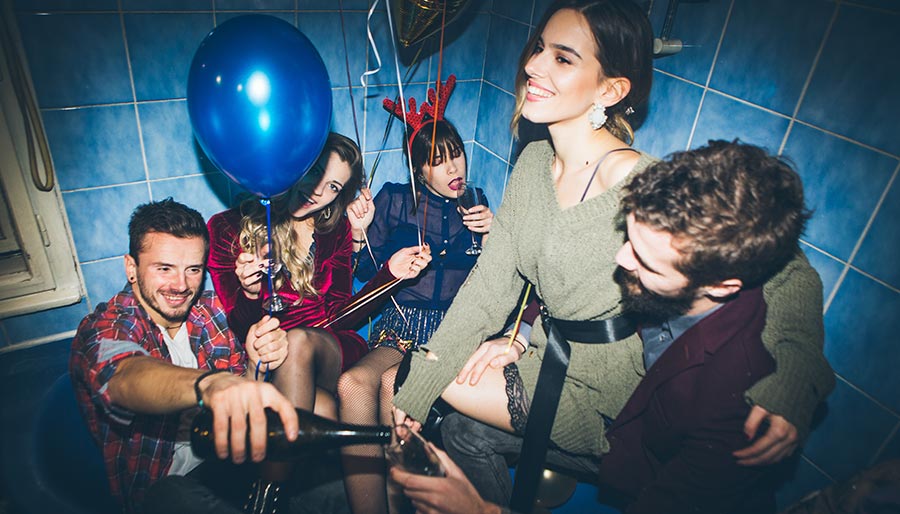 A more intimate approach to NYE, the house party. House parties on NYE can be great but also come with added responsibility if you’re hosting. Purchasing sufficient food and booze, figuring our invitation, and decorating. Your property or possessions may be damaged by your guests, you are responsible for the cleanup of the party and it can be difficult to control when guests leave the party.

Hosting a house party means you’re totally in control, and although this comes with some form of responsibility, it means you can do things your way. 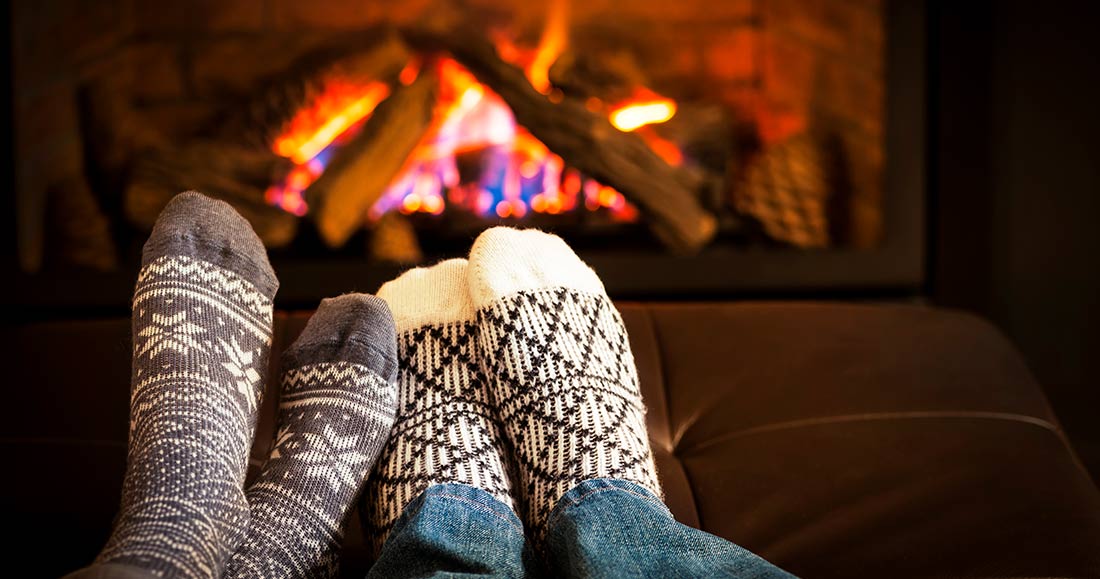 Just staying home on NYE can be cost-effective, cozy, and convenient. The best part of staying in is free reign. Don’t want to get dressed up or deal with drunk people. You get to decide exactly what you want to do and how to do it, but usually, this means watching the countdown on television. A very comfortable way to slip into the new year indeed. 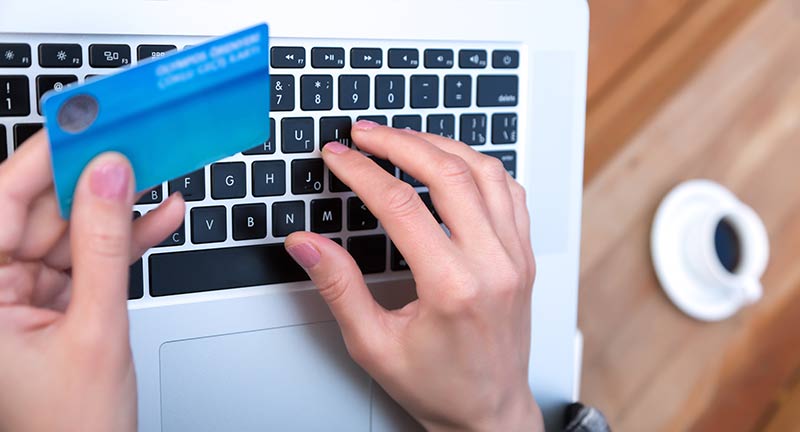 Let’s get straight to it, the number one reason you should be buying that ticket to your New Years Eve party is simply that it saves your money.

Ever had that feeling of comfort and warm fuzziness inside when you finish a big project or complete a to-do list. You know what I’m talking about the “I’m free to do whatever I want” feeling. New Year’s is basically a project and finishing this task will give you that same feeling.

One of the best reasons to look into buying your ticket early is because it gives you time to research. You can find out which party is going to be the talk of the town or which is going to give you the best bang for your buck. After you’ve done your research, selected the best party for you and your friends and had the best night of your life you will be known as the all-powerful party leader amongst your tribe. ALL HAIL you most benevolent sovereign of fun.

If you did your research and found the best party around town it’s no surprise that other people will figure out that this is the place to be. Word WILL get out, people will start talking about where they are going, you’ll see it posted online, maybe even hear about it on the radio. The masses will start buying tickets and before you know it the event will be sold out. Now, you are left to find a sub-par party. PSA: Friends don’t let friends go to sub-par New Year’s Eve parties.

This last one looks mysterious but it’s really not. Life happens, things come up as they always do. Especially during the holiday season. Shopping, holiday parties, travel, etc., all these things give you an excuse to put buying your tickets until later. Get ahead of the unknown and purchase those tickets before prices go up or worse the event sells out!

The History of New Year’s Eve 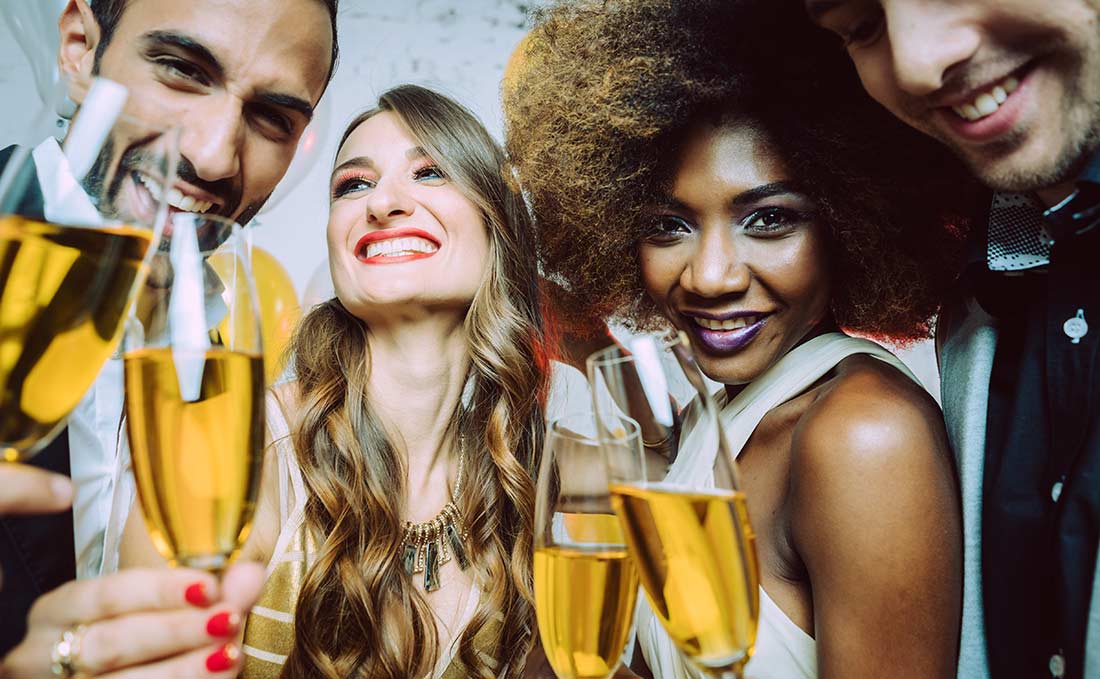 Now that we know where to go and when to buy let’s discuss why we celebrate New Year’s Eve in the first place.

The earliest recorded New Year’s celebration is thought to be in Mesopotamia around 4000 years ago. While the celebrations actually occurred in March during the vernal equinox as this was considered the start of the new year by the calendar at the time. an eleven-day festival was held that would probably put our current parties to shame.

Today we celebrate in the New Year in January due in part to the emperor Julius Caesar The Ancient Roman calendar used to follow the lunar cycle and had the new year beginning in March but over the centuries, the calendar fell out of sync with the sun, and in 46 B.C. the emperor Julius Caesar decided to solve the problem by consulting with the most prominent astronomers and mathematicians of his time.

Sosigenes, an astronomer convinced Julius Caesar to follow the solar year, instead. He introduced the Julian calendar, which closely resembles the more modern Gregorian calendar that most countries around the world use today.

Starting the new year in January was partially done to honor the god Janus, for whom the month was named. Since Janus had two faces, he was able to look back into the past and forward into the future simultaneously, making him a great spokesperson for the holiday we celebrate today.

Romans celebrated by offering sacrifices to Janus, exchanging gifts with one another, decorating their homes with laurel branches and attending raucous parties.

In medieval Europe, Christian leaders temporarily replaced January 1 as the first of the year with days carrying more religious significance, such as December 25 (the anniversary of Jesus’ birth) and March 25 (the Feast of the Annunciation); Pope Gregory XIII re-established January 1 as New Year’s Day in 1582. 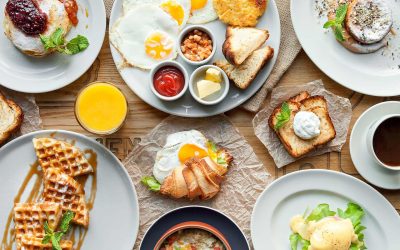 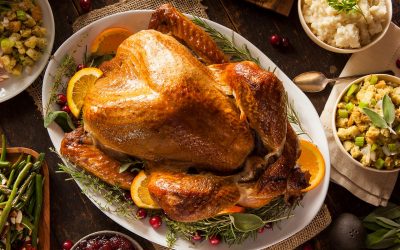 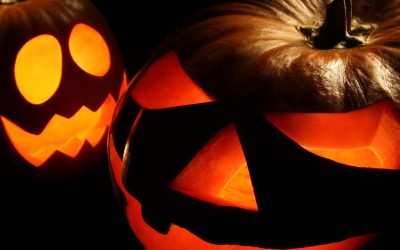 The Best Places to Celebrate Halloween in Philadelphia 2019